What is obvious, and for whom? Everything is obvious: Wallpaper

In the last few weeks, I tried to work with bookdown, an R package developed by Yihui Xie. This program is/was for me much harder to understand, unlike blogdown by the same author. In blogdown, I could even – after some initial problems – write a tutorial which even the developer applauded 😅.

But with bookdown, it was different: Not only that I misunderstood some program functions but more importantly, I could not adequately report my problems in one case, I did not communicate vital information in the other case I did not look at the right place where my question was explicitly addressed. It is not a surprise that Yihui Xie got angry with me and even wrote a blog post about the incident. He gave me the advice:

Please do not make these assumptions when filing issues

Be aware: This is a somewhat theoretical/philosophical discussion.

For me, as a professional educator, this is a fundamental question. Where to start with explanations and where to stop? Should I provide just the information to solve the problem, or should I give some background information? What kind of advice should I give to prevent similar issues in the future? These are examples of questions I have to consider as a teacher all the time. But this time, I am on the other side of this communication exchange - I am the learner and student, and I am the one who has to ask the expert.

Yihui Xie is not blaming me as a user, as he wrote in his last paragraph of the mentioned blog post. You can see his positive attitude in the post on The Minimal Reproducible Example Paradox where he is complaining that many users do not provide a minimal reproducible example or do not know how to produce one. He comes to a somewhat depressing conclusion:

How many times have I reminded a user of posting a minimal, self-contained, and reproducible example (reprex)? Probably 500 times. How many times do I think I will still need to remind users of this? Perhaps 5000 times.

But again: This is a typical situation we have in education as well. We are explaining the same thing over and over but — to different people, students, learners, classes, etc. Even if we explicitly mention common errors and misunderstandings, some learners will always commit these mistakes. When we describe operations you should not undertake, you can be sure there are one or two who will follow precisely these wrong paths.

So what? Are people dumb? Do they deliberately ignore advice? I don’t think so, but instead, there is a gap which cannot be overcome only with linguistic means. It is also a question of transferring tacit knowledge’ to use a notion introduced by Michael Polanyi:

Many philosophers (e.g., Søren Kirkegaard, Ludwig Wittgenstein, Gregory Bateson, Susan Langer, Jürgen Habermas, Nelson Goodman, to name a few) have reflected about the limitation of linguistic expressions. Wittgenstein, for example, has pointed out that we cannot explain the meaning of every word or sentence because we have to use language with other words and sentences. It is an endless regress that we cannot solve with language alone. We have to share a common ground, and we have to know how “to play the language game.” Following some quotes to give you a flavor of the argument:

One has already to know (or be able to do) something to be capable of asking a thing’s name. But what does one have to know? (Philosophical Investigations 30) … When one shows someone the king in chess and says: “This is the king,” this does not tell him the use of this piece-unless he already knows the rules of the game up to this last point. (31) … Someone coming into a strange country will sometimes learn the language of the inhabitants from ostensive definitions that they give him; and he will often have to ‘guess’ the meaning of these definitions; and will guess sometimes right, sometimes wrong. (Wittgenstein 1961)

To use a famous philosophical example (Quine 1960): If I point to a white rabbit and say in my foreign language, “Gavagai!” you have to guess the meaning. Do I say, “There is a rabbit!” or “Look at the nice white color!” So even an ostensive definition is under-determined and does not help to choose the right interpretation and to solve the ambiguity of meaning in our speech acts.

One proposal which could serve as an avenue of escape for this gap or paradox is to invent a special kind of notational system. Common examples to demonstrate this strategy is chess notation or musical notation. I believe that a minimal reproductive example or to deliver the sessionInfo() is also a kind of notational system. But the problem is the same: One has to learn this (new) language to use it correctly.

The malice of the situation is the assumption that from the fact that we are using the same (English) words and sentences that we communicate the same meaning and understand to each other. The expert believes that (s)he has expressed every necessary information and so the novice in asking a question. – And this is mostly correct – from his/her point of view or understanding.1

I have reflected why for me, using bookdown was so much more complicated than blogdown. I started several months ago with bookdown, but I gave up and started another trial after I had some success with blogdown. This sequence seems weird as it appears that for Yihui Xie, the situation was inverse.2

I think there are different reasons:

The importance of mental models

But there is one common point why both blogdown and bookdown are intrinsically difficult to understand for novices: Many different layers of software are working together to produce the result. I am not sure if I am even able to enumerate these different layers correctly: There is

As long as everything works fine, there is no need to understand the different parts and their interaction and/or synergy. But when something breaks down, then a shift of focus occurs, or as Heidegger says, the worldliness becomes obvious, changing tool usage from “ready-to-hand” to “present-at-hand”(Heidegger 2008). In “ready-to-hand” awareness, you are using tools to fulfill their purpose (to write a blog post); in a breakdown (= “ready-to-hand” awareness), you get consciousness of the complexities inside your tools machinery.3

But here comes now the problem: As users, we are only experts in “ready-to-hand” awareness, and we have no clue about the functionality inside the black box. We can only report some weird behavior about some experienced phenomenon from the “ready-to-hand” perspective. We, laypersons, have constructed a mental model about the functionality of our tools, and we are reporting about the problems with the underlying implicit assumptions of our mental model. The mental model functions as a world view: We see all the different objects, people, etc., under a particular perspective guided by our underlying tacit assumptions.

After the breakdown, we should question our mental model, but this is very difficult: Our worldview has worked successfully so far. One will not change the world view with just one different fact. The same happens with scientific theories: One other point is a challenge to elaborate on the theory, improve it, and incorporate the anomaly into the argument. Maybe the problem lies in the reluctant fact itself (e.g., the software has a bug, or the author misreported the effect).

So what the fuss with all these abstract ideas? Where is the practical impact of all these considerations? — I make the case in this article that we should focus separately on two different kinds of explanations:

There is no possibility to examine all belief systems at the same time. The whole book “On Certainty” by Ludwig Wittgenstein Wittgenstein (1975) is full of aphorisms about tacit assumptions we rely on. Our knowledge does not consist of separated propositions but is a system of interconnected views/opinions. I will close this post with some quotes by Wittgenstein to illustrate this point.

§139. Not only rules, but also examples are needed for establishing a practice. Our rules leave loop-holes open, and the practice has to speak for itself.”

§142. It is not single axioms that strike me as obvious, it is a system in which consequences and premises give one another mutual support.

§144. The child learns to believe a host of things. I.e. it learns to act according to these beliefs. Bit by bit there forms a system of what is believed, and in that system some things stand unshakeably fast and some are more or less liable to shift. What stands fast does so, not because it is intrinsically obvious or convincing; it is instead held fast by what lies around it.6

StackOverflow for instance, is very, very good for “ready-to-hand” explanations but does - as far as I know - a lousy job for building up mental models. Discussions about different but similar software packages, their advantages and disadvantages are forbidden.7 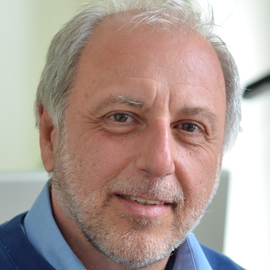